I never thought I’d find something in London that I like better than a Fortnum and Mason cupcake. (Especially when it’s being served by James – who was the exact kind of splendid fellow who makes me proud to be English.) But yesterday, while roaming around Covent Garden in London, I found it.

The thing in my life I never even knew was missing. The thing that has done the impossible and outranked cupcakes in my list of favourite things. Something that didn’t just make me happy one time, it will continue to make me happy every time I see it.

Which I think constitutes as a pretty solid investment.

And the funny thing is, it’s something I never really expected to get excited about. Original artwork.

But I couldn’t not get excited about this. As soon as I laid eyes on the collection I knew I couldn’t continue to exist without owning one of the pieces. They’re cute, they’ve clever and they made me – and another woman who clearly had a keen eye for talent – laugh out loud.

Seriously. His work is addictive because it’s just so fun. 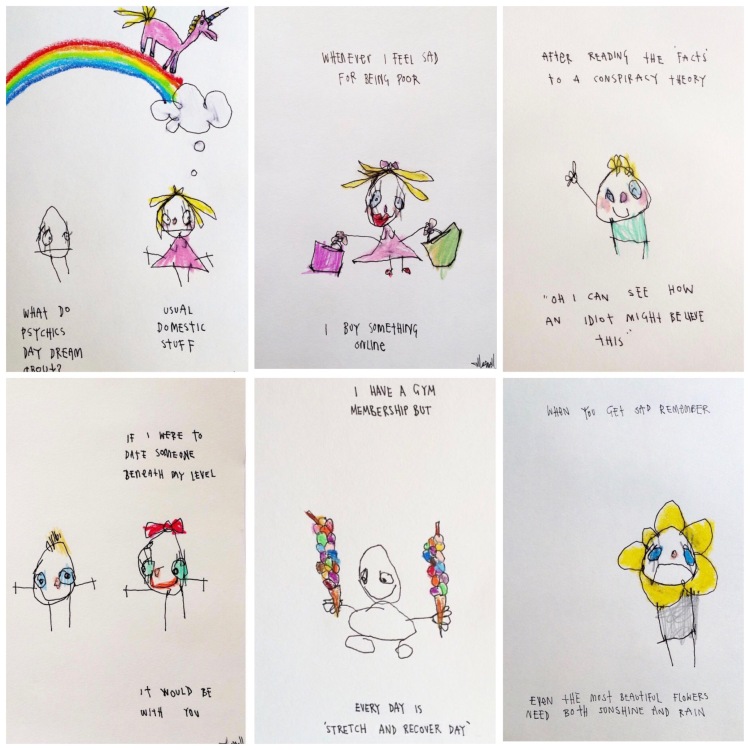 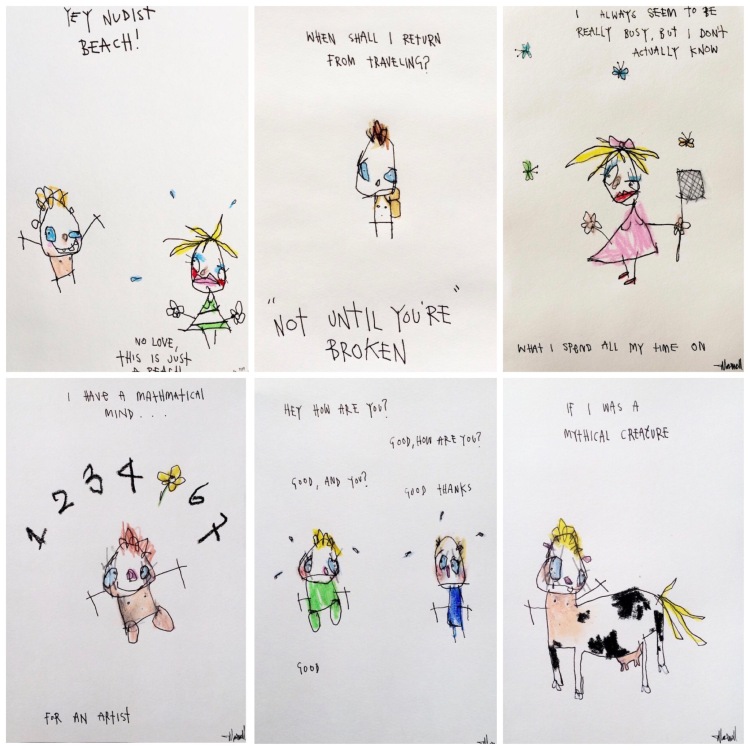 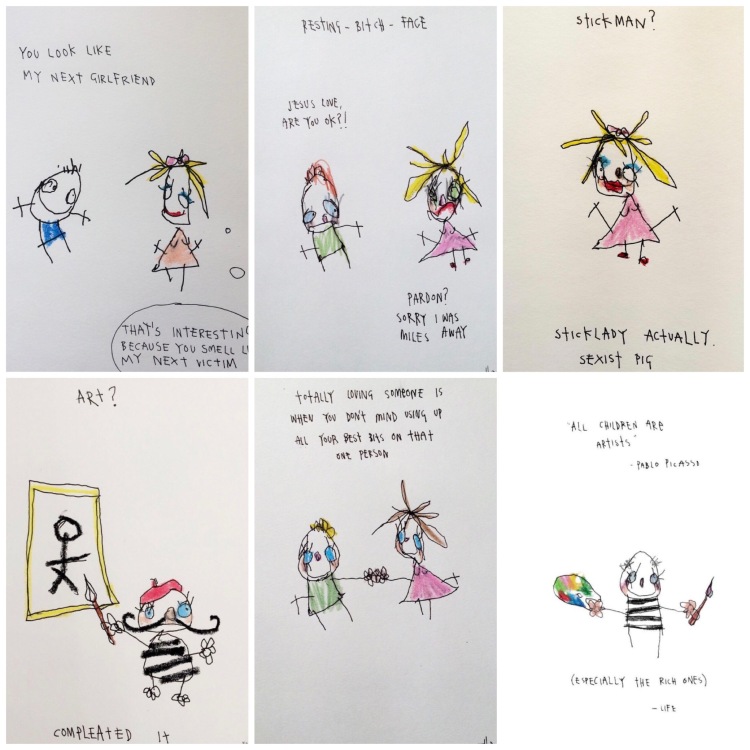 You love them, right?

They’re created by the soon-to-be-huge artist Maxwell Rushton – part of his Sketchy collection. (Find him at Maxwell_Sketchy and maxwellrushton.com) which he’s selling in Covent Garden for £10. Just £10, for a piece of original artwork, in central London. That’s cheaper than a small bag of M&M’s from M&M world.

And unlike the rip off M&M’s, it’s a solid investment. Because – trust me – this guy is going to blow up. I didn’t know any of this at the time, but after coming home and researching him I’ve discovered that these clever little Sketchy pictures are a very small part of what he does. The rest of his pieces are even more compelling… 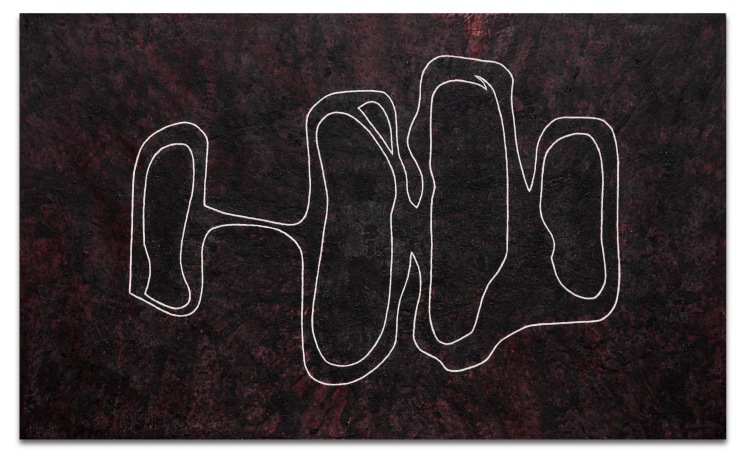 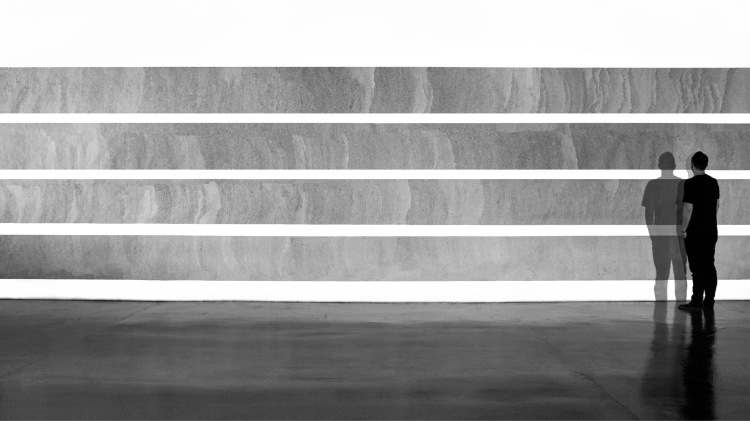 People might not get all of that, but it’s left me feeling quite astounded.
Whether you like the results or not, there’s no debating the level of his passion. To spend 5 years collecting your own blood so you can create something – that’s vision. And I have mad respect for it.

Even more respect that everything he does has got an important message behind it. They aren’t just lines on a page; they have meaning.

And unlike most of the other people around Covent Garden, he wasn’t spending the day shouting about his talents. He was sat there, quietly sketching, entirely immersed in what he does. I told him I liked his pictures before I knew the real depth of his talent. He gave me a real, genuine kind of smile and humbly said, ‘thank you.’

That makes me even happier to own something that he created.

I’m going to keep it on my desk, and every time I Iook at it I’m going to smile. Not just because I like the picture, but because it’s going to make me think of Maxwell Rushton, and his incredible determination.

It will inspire me. And that is everything.

← Just another sunny day in the city.
The flamingo that became a conundrum.  →

This site uses Akismet to reduce spam. Learn how your comment data is processed.