See Ya Summer…You’ve Been Hella Deece.

At the time of writing I’m as equally unsure on my feelings towards the word hella, as I am on my feelings on the word deece. (Are they words? Should they be words? I kind of want them to be words. Is that wrong? IDK.)

I am, however, very sure that the last weeks of summer went by in an absolute whirl, and they were – for want of no better words – hella deece.

A lot has happened.

My ombré is basically as over as summer, and Ross and Rachel when he fell asleep after reading that 18 page letter (front and back!) I’m now a full on blonde. Look…

And although it took 3 trips to the hairdressers – equating to over ten hours of highlights (which tragically included spending a week with what looked like stripey nineties highlights) – and I’ve had a tonne of people saying ‘you should have done it for summer,’ and I’m slowly turning the bathroom purple with toning shampoo, I couldn’t be happier.

Reason being, my incredibly selfish sister has decided to spend the next six months volunteering in Indonesia – thus subjecting me and the rest of the family to a Christmas without her. (How could she, right?)

As the obviously selfless sibling, I got the idea to throw her an early Christmas before she went away. There were songs, there were presents, there was a tree – there was even a family fight. We are that extra.

Another part of my leaving gift to her was to transform her life into a Cecelia Ahern novel. While I sadly couldn’t get Gerrard Butler involved, I did the next best thing and wrote some letters. A whole stack of letters. Dated, to be opened on particular days. 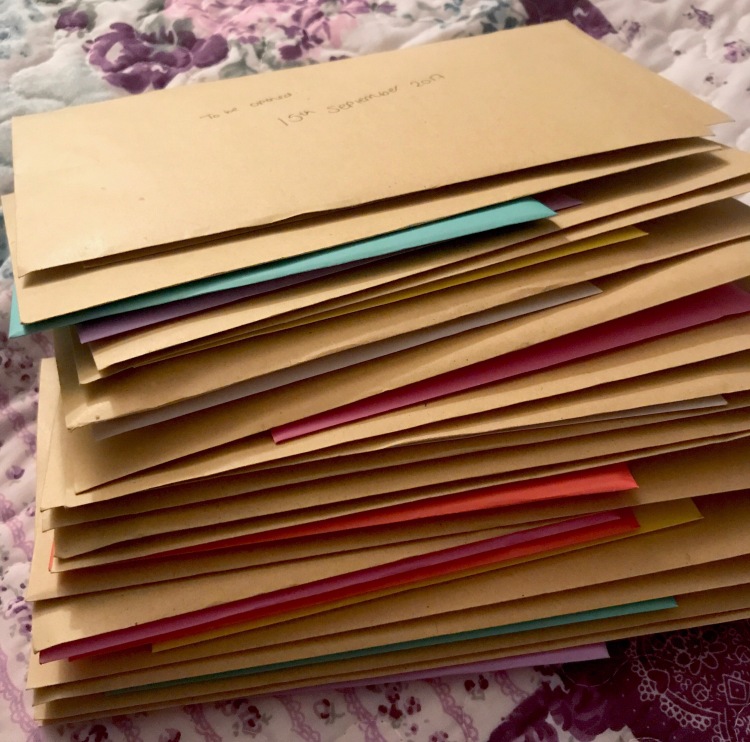 (I’m expecting my ‘Best Sister Prize’ in the post any day now.)

I also made some happy notes. To be opened whenever she’s, you know, not quite so happy.

(Not going to bother patent this one. It rarely works.)

I’ve been to London a couple of times. Because, well, London. ❤️

I’ve learned – in one amazing second – that it is possible for dogs to smile, and for people to fall in love at first sight (if only with dogs) … 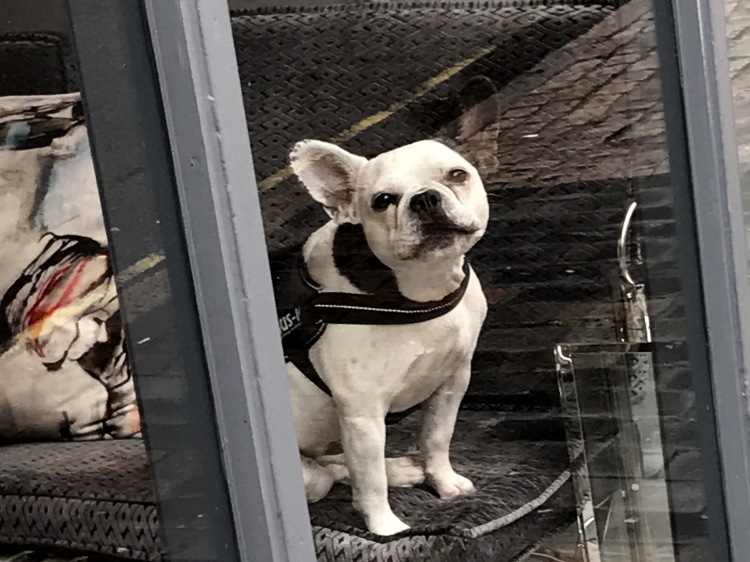 (To provide some clarity, he isn’t mine. He just smiled at me through a window as I walked past.)

I decided to go on a road trip across the south of the U.S.A. next year. I might drive on the wrong side of the road, I might sing Walking in Memphis while walking in Memphis, I might get cowboy boots. I might go line dancing. I will definitely start every sentence with y’all.

I think – think – I might just be ready for winter now.

One thought on “See Ya Summer…You’ve Been Hella Deece. ”

This site uses Akismet to reduce spam. Learn how your comment data is processed.